Posted at 16:53h in yoga @en by Noelia Insa Satorre 0 Comments
They say the teacher appears when the student is ready . I seem to have taken 40 years to be prepared for this trip but in the end… here I am, carrying a backpack and eager to begin . What am I talking about ? Yoga , of course , that this is all about .
The truth is that I have been 15 years practicing yoga, or rather, believing that I practiced . It all started , as most Westerners who come to yoga (and like many other love stories), in a gym. To be honest, I think I started by snobbery, it sounded pretty exotic, alternative, and I decided to try .
I could say that it was an instant crush but it would not be true. I have spent many years flirting with yoga, but surely guided by my masculine side, I refused to commit . Until I moved to San Francisco and began to discover new styles of yoga : Iyengar, Vinyasa, Bikhram, Aerial yoga. I was amazed to see that everyone here does yoga. And I started practicing more assiduously than ever, wandering in all studies of San Francisco and some of Marin County, doing workshops, meeting new teachers every week. My old tracksuit pants and top from Zara suddenly did not seem enough, and started visiting the fashion stores for yoga: Lululemon , Lucy (a bit cheaper), and spending a good dough in yoga clothes. And the overnight I became a yoga junkie , who could hardly wait until the next day to continue practicing.
And in the midst of this turmoil, suddenly, the questions arose: what is all this? And what does it have to do with what I’ve been doing so far? Is it just fitness disguised spiritual quest , or vice versa? Does it keep any relationship with yoga that is practiced in the East? And above all, what makes it so addictive ?
The love story was completed, I had crossed the pure physical attraction : the compromise was inevitable.
So I decided to embark on an intensive training to help me find answers and discover the philosophy behind the mere physical practice of asanas. I looked for one of the best San Francisco studios (Yoga Garden of San Francisco), solved some logistical problems, as finding someone to care for my four year old daughter for a month , Monday to Saturday , 8am to 7pm (luckily she has a great step sister who was willing to do it), and I jumped.
And my journey begun a week ago now, a journey that I know will change my life. I have started this blog if you want to join me.
Print page
0 Likes 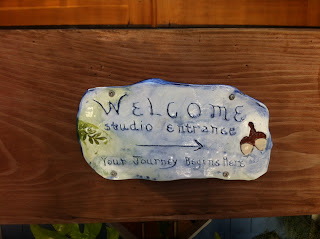